skip to main | skip to sidebar

If we ever needed a reminder of the close relationship between history and politics, we just got it. Yesterday, Citizenship and Immigration Minister Jason Kenney unveiled a new version of the citizenship guidebook for prospective immigrants that presents a new version of Canadian history. The CBC reports that Kenney said that the previous guidebook, published under the Liberals in 1997, needed revision. "It didn't explain what the poppy represents, didn't talk about the equality of men and women, didn't address the nationalist movement in Quebec. It was, I think, in a way, unintentionally promoting a certain degree of historical ignorance. And I think we've corrected that."

The Globe and Mail report on the new guidebook observes that it contains a much heavier emphasis on military history. "No longer will new Canadians be told that Canada is strictly a nation of peacekeepers, for example. The new guide places a much greater emphasis on Canada's military history, from the Great War to the present day. It also tackles other issues of historical significance, from Confederation to Quebec's separatist movement, that were barely mentioned by its predecessor."

The panel of "experts" (The Globe does not define the term) included a who's who of the Ottawa establishment, including former governor-general Adrienne Clarkson, historian Jack Granatstein, retired general John de Chastelain, and historian Margaret MacMillan. Granatstein is well known in Canadian history departments for his polemic, Who Killed Canadian History?, which was followed up with Who Killed the Canadian Military?.

According to the Globe, "Mr. Kenney emphasizes that Discover Canada is not a rose-coloured view of the country's history. There are sections on Canada's dark periods, including the Chinese head tax and Exclusion Act, the internment of Japanese and Eastern European immigrants in the world wars, as well as aboriginal residential schools. It also highlights Canadian sporting heroes, from Terry Fox to Wayne Gretzky, Mark Tewksbury to Chantal Petitclerc, and includes a sidebar explaining Canadian football."

The new guidebook is already generating criticism, and the CBC reports that Bloc Québécois citizenship and immigration critic Thierry St.-Cyr says the guide "minimizes the concept of the Quebec nation." "What we see in this document is a way of saying, well, Quebec is just a province amongst others and it's no more [a] founding nation." And the historian Christopher Moore has already expressed some reservations about the process and spotted errors.

On the other hand, the editorial board of the Globe and Mail has already given the new guidebook its blessing (and its cartoonist has already weighed in). The last paragraph of yesterday's editorial is particularly noteworthy: "Unlike the old guide, which felt like homework and landed with the thud of a bureaucratic public-service announcement, the new guide shows how the country is special, and does so with vigour. In telling Canada's stories, and the conflict, characters and challenges therein, it will enhance new Canadians' attachment to their country."

Keep in mind that this annoucement was timed to coincide with Remembrance Day and a visit from our next royal head of state, and think about the last sentence in the Globe's editorial. Keep in mind that we're in the midst of a highly divisive war in Afghanistan. Perhaps the most salient point of the editorial is not that history should be about drama, heroes, and gripping stories, but rather that history should facilitate attachment to the nation. Unlike homework, history should be enjoyable, but this enjoyment has a political purpose. The purpose is to create an officially approved version of Canada's past -- stamped with the approval of a panel of experts appointed by the state -- that will enhance Canadian nationalism.

The Canadian government's changes to state history may be new, but the link between nationalism and history is as old as the nation state. The rise of modern professional history was intertwined with the rise of the modern nation state. Nationalism is, at its core, based on specific ideas of history. These ideas are, in turn, rooted in selective processes of not only remembering and forgetting, but also of belonging and exclusion. How we answer the question "What is Canada?" depends on our view of Canadian history. History is, in other words, the oxygen in the lifeblood of nationalism.

In making these assertions, I'm saying nothing new. As David Lowenthal and others have pointed out, we need to make a clear distinction between heritage and history. In the Heritage Crusade, Lowenthal argues, "In domesticating the past we enlist it for present causes. Legends of origin and endurance, of victory or calamity, project the present back, the past forward; they align us with forbears whose virtues we share and whose vices we shun. We are apt to call such communion history, but it is actually heritage. The distinction is vital. History explores and explains pasts grown ever more opaque over time; heritage clarifies pasts so as to infuse them with present purposes." History entails distance, doubt, and debate; heritage demands communion, certainty, and consensus.

The problem is that the creation of heritage is rarely politically neutral. In fact, it has been rooted deeply in the rise of modern nationalisms. As the French writer Ernest Renan put it a century ago, "Getting history wrong is an essential part of being a nation." Renan's work got a second life with the work of Benedict Anderson, Eric Hobsbawm, (who popularized the quotation), and others interested in nationalism. In On History, Hobsbawm argued passionately, "For history is the raw material for nationalist or ethnic or fundamentalist ideologues, as poppies are the raw material for herion addiction. The past is an essential element, perhaps the essential element, in these ideologies. If there is no suitable past, it can always be inveneted." Hobsbawm is not only one of the most influential historians of the twentieth century but also, perhaps ironically, one of the relatively few Marxist historians of his generation who never disavowed communism.

I can sense what you may be thinking. You're saying to yourself...well, who cares if the federal government changes what is says about Canadian history? If the Prime Minister wants to tinker with the citizenship guidebook, so what? Isn't everything made up, in some way? Whenever I challenge students about the problem of historical veracity, they tend to take a markedly broad-minded approach. Especially if the topic is Canadian history, students tend to be quite relaxed when the question of nationalism and history comes up. (I suspect that I would get a very different reaction in a Québec university).

But then I ask the students to consider the question in a different context. I say, okay, what about if we take the same problem but switch geographies. What about if we switched our focus to the Middle East? And then the oxygen goes out of the room. When the political stakes get raised, the tolerance for historical invention contracts radically. Particularly when the Holocaust gets mentioned, students get highly concerned that the truth about the past must be told. Not just some truth, but the whole truth and nothing but the truth.

Which brings me to Monday's discussion. The required reading for this week is Gershom Gorenberg, "The War to Begin All Wars," which explores the historiography of the Middle East, particularly the evolving scholarship of Benny Morris. We will be joined by Amal Ghazal, who has written extensively on the Middle East and keeps a blog. Dr. Ghazal passed along links to two articles that may be of interest for those of you who would like to do further reading: "Survival of the Fittest," and "When Historians Matter."

As you read Gorenberg, please reflect on the relationship between history and politics. If, as E.H. Carr said, historians can see the past only through the eyes of the present, how can we avoid not only what Timothy Garton Ash calls the "hindsight bias — the tendency, that is, to regard actual historical outcomes as more probable than alternatives that seemed real at the time," but also the tendency to impose our own autobiography onto the past? Should the imperative to be true to the past matter the same everwhere, regardless of the geo-politics, or should historical standards change to suit the context? When does a personal perspective blur into a professional bias?

As I mentioned on Monday, I won't be able to attend this afternoon's Stokes Seminar. Please keep in mind that the deadline for SSHRC applications is Friday, 20 November. My office hours for Monday are changed to 9:30-11:30. I look forward to seeing you Monday afternoon.
Posted by Jerry Bannister at Friday, November 13, 2009

It's goes farther than history and politics - it's history, politics and journalism. Journalism is often twisted by incorrect history and even more often twisted by requirements of politics. My uncle, for example, recently retired from the Canadian military. He is outraged when journalists call soldiers who die in action 'victims of war'. He says that cheapens their sacrifice and implies that they were helpless, when in fact they chose to be in the military and knew what they were facing. - Angela -

Language is political in any form. This distinction between history and heritage is political in the way it tries to distance the practice of history from the lamented subjectivity of politics. I heard similar objections to the one Angela's uncle gave when I worked in journalism, but I always saw two sides fighting over interpretation, rather than one imposing a falsehood. Those - real untruths - are rare.
Mark Leeming

I'm always fascinated by what's considered important enough to put in these histories. (There is, I suspect, no mention of Canada's horrible history of forced sterilizations.)

I believe all history is political. I think the problems come in when people pretend it isn't.

I think part of this relates to what Dr. Bannister said last week about commission and omission. It's fairly obvious that the new citizenship guidebook depicts a specific, politically-motivated narrative of Canadian history. In so doing, it omits alternate narratives.
However, I think it's important to note that everyone still has access to these alternate narratives and the archives themselves. This isn't "historical ignorance" being enforced by the government (in Canada, at least). If people want a more complete Canadian history, they can find it. I'm just not sure they care enough to do so.

Two things come to mind: one professional, one personal, admittedly both rather selfish:

With the exception of my own hobbyhorse - regional difference - I would, likely, follow the current and the story of the majority. That's the task at hand, for one thing, and a guidebook of this nature does not have the luxury of detail afforded to academic writing. You can't include everything; omissions are inescapable. It becomes a question of priorities. Does the guidebook serve the interests of its intended audience? That should be the litmus test here.

-I confess I'm grateful that students' reactions to issues of nationalism and history tends to be "relaxed." Perhaps it's less reassuring in the classroom, when we want such things engaged with and scrutinized, but in a culture of citizenship, I find it a lot more appealing - as you say, Jerry - in the context of international alternatives.

As an aside, when I worked at U of Alberta, I was considered by the other Canadianists a leftie/hippie type, because I taught cultural & environmental (ie. not political/national survey) history. When I came to Dal, I felt I was now considered "nationalist" - ie. right-wing - by virtue of teaching Canadian Studies & writing on "national" (Ontario) myths (like the Group of Seven). I was the same person; it's just the audience that changed. 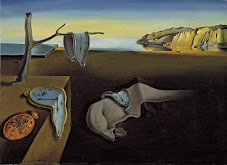